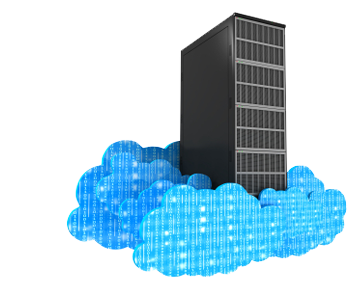 This is from an article by Vivian Giang from Trending in Staffing & Recruiting. She spoke to a career expert and three recruiters to find out the resume rules that gets everyone in a frenzy. Turns out, they can agree on what they disagree on. Below are the most controversial resume rules:

1. Writing an objective.
Pro: Those in favor of including an objective at the top of your resume say it tells the hiring manager what the candidate is looking for, which is most helpful if you’re seeking an entry-level position, according to Steven A. Gold, a partner at executive recruitment firm Green Key Resources. Placing someone with little-to-no work experience is a difficult task, says Gold, because you can’t tell where they would be most helpful and productive. This is where objectives can help.

Con: Those who are against the objective say the short statement could pigeon-hole you if you have a few years of experience, since your skills can lead to jobs you aren’t even aware of. Additionally, Amanda Augustine, career expert at TheLadders, calls it a “fluffy statement” that isn’t helpful. Instead, she advises jobseekers to replace the objective with an executive summary, which should be like a 30-second elevator pitch “where you explain who you are and what you’re looking for.”

2. Including a headshot.
Pro: Because it takes so much more than graduating from a good college to make it in today’s competitive workplace, some experts think a headshot could sometimes give you an edge. Employers want to know if the person they’re hiring has the soft skills and executive presence needed to close a deal or appeal to clients.

Con: Although some recruiters will accept the headshot without too much brow raising, others may eliminate your resume on the spot — or the resume filtering system will. “Avoid adding any embedded tables, pictures, or other images in your resume, as this can confuse the applicant-tracking software and jumble your resume in the system,” Augustine says.

3. The one-page resume.
Pro: Most recruiters will agree on a resume length of one page, especially since recruiters are only going to spend an average of six seconds scanning your resume. The longer your resume is, the more difficult it will be for recruiters to scan it, says Augustine. McDonald says sometime candidates can extend to two pages, but “three pages and your recruiter will be lost.”

Con: On the other hand, having a longer resume could be acceptable if it’s “in-depth and warranted,” says Matthew Carbon, a director with Green Key Resources.
“These days if a resume is more than one page, it won’t matter as much as it once did given most are viewed on a [computer] where pages are less of an issue then it might be on paper.” However, Carbon does agree that resumes shouldn’t be longer than two pages or “hardly anyone will take the time to read it all.”
“You need to show progression or change in job titles and positions,” he says. “If you can’t show that, then there’s no reason for a longer resume.”

4. Revealing gaps in employment.
Pro: Gold and Carbon say that you should include these gaps on your resume because they will likely be revealed at some point during the interview process. The recruiters tell us the best way to do this is by including the reason for the gaps in brackets next to the dates of employment on your resume. For example, you can put “Position was automated” or “Department eliminated” in brackets if you’ve been laid off.

Con: If you were unemployed for a period of time and don’t want to call attention to it, Augustine advises using only years instead of months when detailing dates of employment at specific companies. This will make it more difficult for hiring managers to detect gaps in your work history.

Con: However, Gold and Carbon say that you should include more than 15 years of work experience if it’s relevant because you don’t want the hiring manager thinking that you misrepresented yourself when you finally do meet.

6. Including your hobbies.
Pro: Recruiters aren’t completely sure whether it’s a good idea to include hobbies or not, but Augustine tells us that you can include them if you tailor the skills you acquired while participating in the hobby to the job position you’re applying for.

Con: Whatever you decide to include, “don’t let it take away from the core message of the resume, which is what have you done and what you can do for the employer,” says McDonald.

"Melinda is thorough, thoughtful, prompt, and detail oriented. My experience working with her has been very positive and I recommend her highly.." - Program Manager
View More